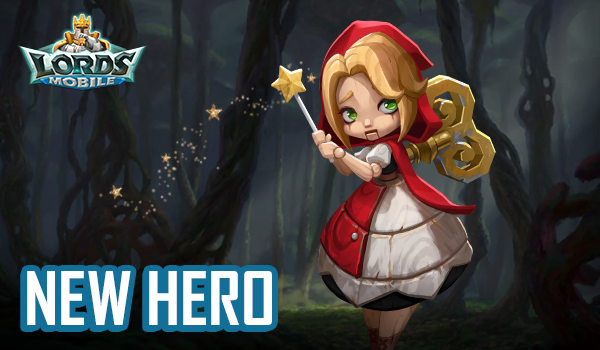 Hey there, Lords and Ladies!

We'd like to introduce our newest Hero: Astre, Witch Doll

[Don't wind me up!] - Astre
Long ago, when the land was at peace, the clockwork dolls Astre and Etoile were the stars of the great North Circus, bringing joy and laughter to generations of boys and girls. But the war came and people forgot how to laugh. Forgotten when the circus was abandoned, Astre by chance passed into the possession of Anderson. The Sage worked to restore her gears, even managing to imbue her with some of his magic. Now repaired, Anderson has encouraged Astre to seek her own way in the world.

Travel far enough, and you may hear folk tell of a strange girl who wanders about the northern villages, constantly asking about a star.

The Witch Doll learned many things from the North Circus and Anderson. Here’s a breakdown of her skills!

Skill 1: Starburst
Summons a star from the heavens, damaging nearby enemies in a medium area and inflicting Petrified for 5s.
Deals %x Magic DMG. Petrified enemies can’t act %b

Skill 2: Starfall
Panicking, Astre waves her wand around, damaging nearby enemies in a small area 3 times.

Skill 4: Starlight
The Witch Doll bathes all her allies in starlight, making them more resistant to physical attacks.
Increases DEF of all allies by %y.

Will this new clockwork contraption coalesce with your collection? Find out soon!