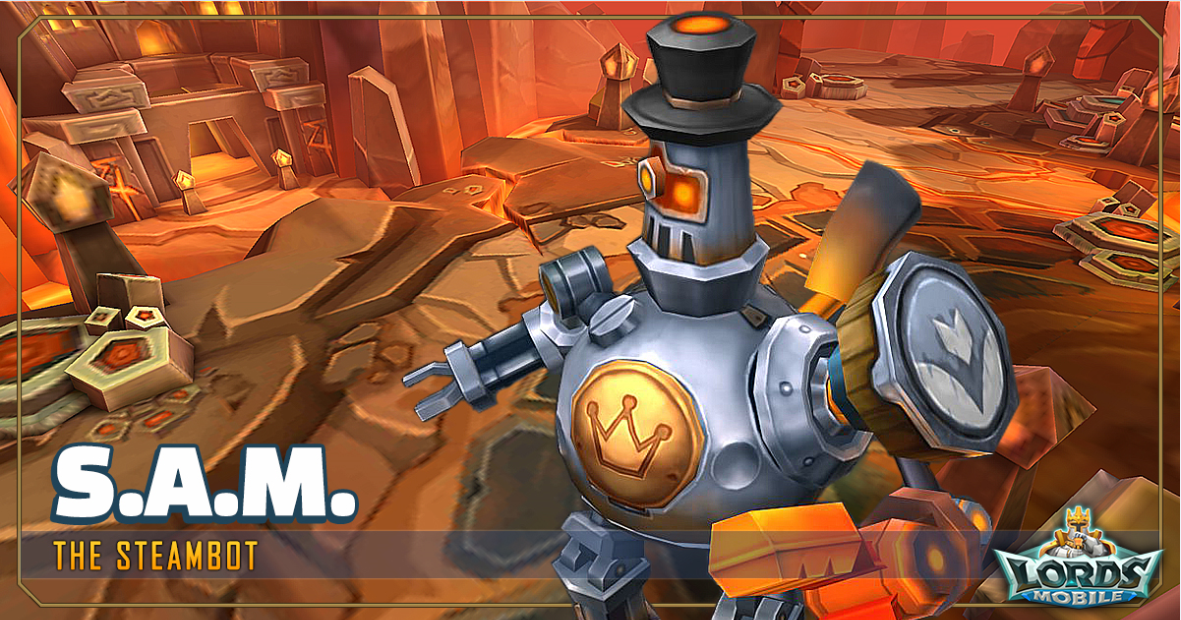 Sorry to keep you all waiting for so long. Here’s our newest Hero: S.A.M. the Steambot. We hope you like it!

Long ago, an evil warlock kidnapped a Dwarven smith and forced him to craft a robot soldier. Yielding to the torture, the smith created the Steam Activated Mechanoid, or S.A.M. for short. One day after a rather brutal streak of destruction, S.A.M. was refueled with some contaminated water. Instead of breaking down, the water miraculously caused the automaton to become self-aware. Immediately developing a conscious, S.A.M. turned on the warlock and rescued the Dwarven smith. The Dwarf brought it back to his home under the mountains, where S.A.M. replenishes itself with only the purest spring water.

Skill 2 - Crumple Zone
Releasing a protective cloud of steam, nearby allies in a medium area are protected from damage for xS
Crumple Zone absorbs up to %y incoming Physical DMG.

Skill 4 - Full Steam
The Steambot releases all its valves to greatly boost its ATK.
Increases ATK by %y.


We hope you're excited to see this new Hero in action! Thanks for playing!
Rate Delete Ratings
Manage