[Media] Neglect from IGG against harassment

Multiple times this has been reported to IGG live support and countless times they have said give us 24 hours to resolve the issue blah blah blah usual robotic reply as we as players have heard many times!

This is a serious case of harassment to 100 players that pay to play your game and I'm not talking about we pay a few $\£ here and there I'm talking people who have paid thousands upon thousands invested into there accounts
Regarding these issues there has been NOTHING done apart from sending a warning to this player.. it's now getting beyond a joke and brings up a serious case of neglectment from IGG

We have spoke to live support to which they reply turn off notifcations (I have screen shots of them saying this) so... let's do it you way then.. if we turn off notifcations and we get zeroed because we haven't been notified of rallies we would stand for a FULL reimbursement as we have followed your guidelines set out for us correct?

I would like a reply regarding this issue please as soon as possible and no I will not contact live support again as as a guild! We have been doing this for 7 days now! 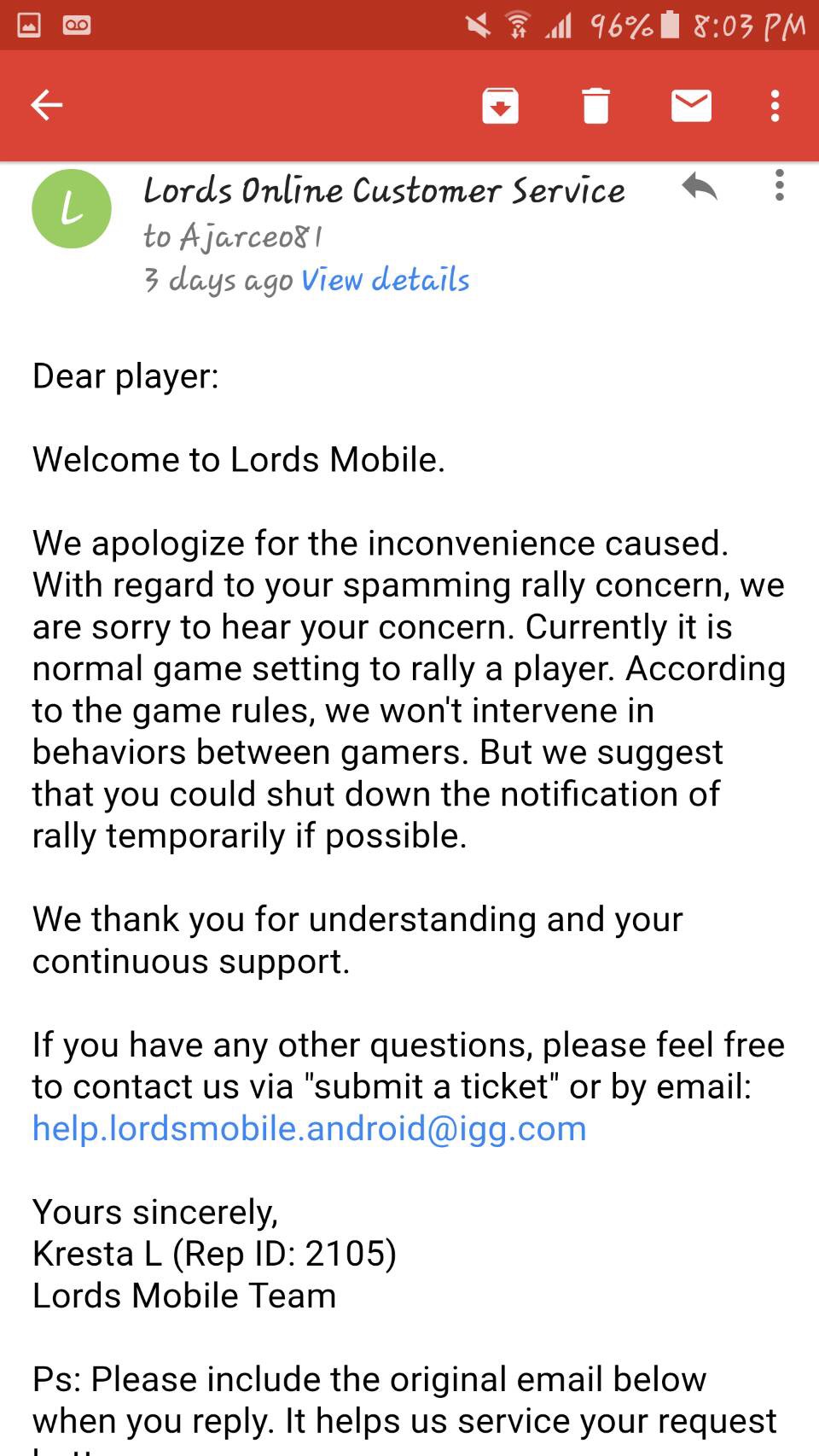 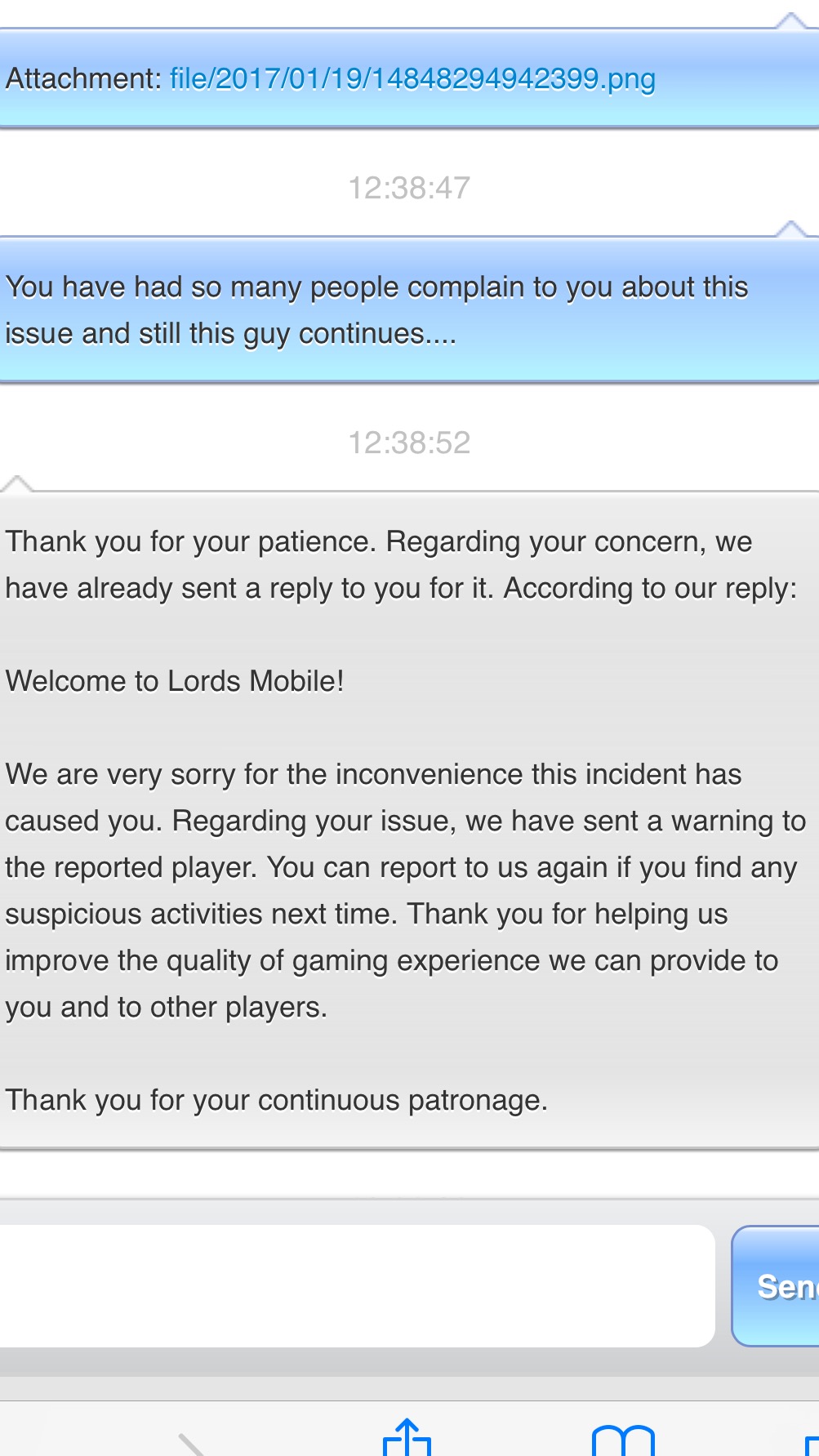 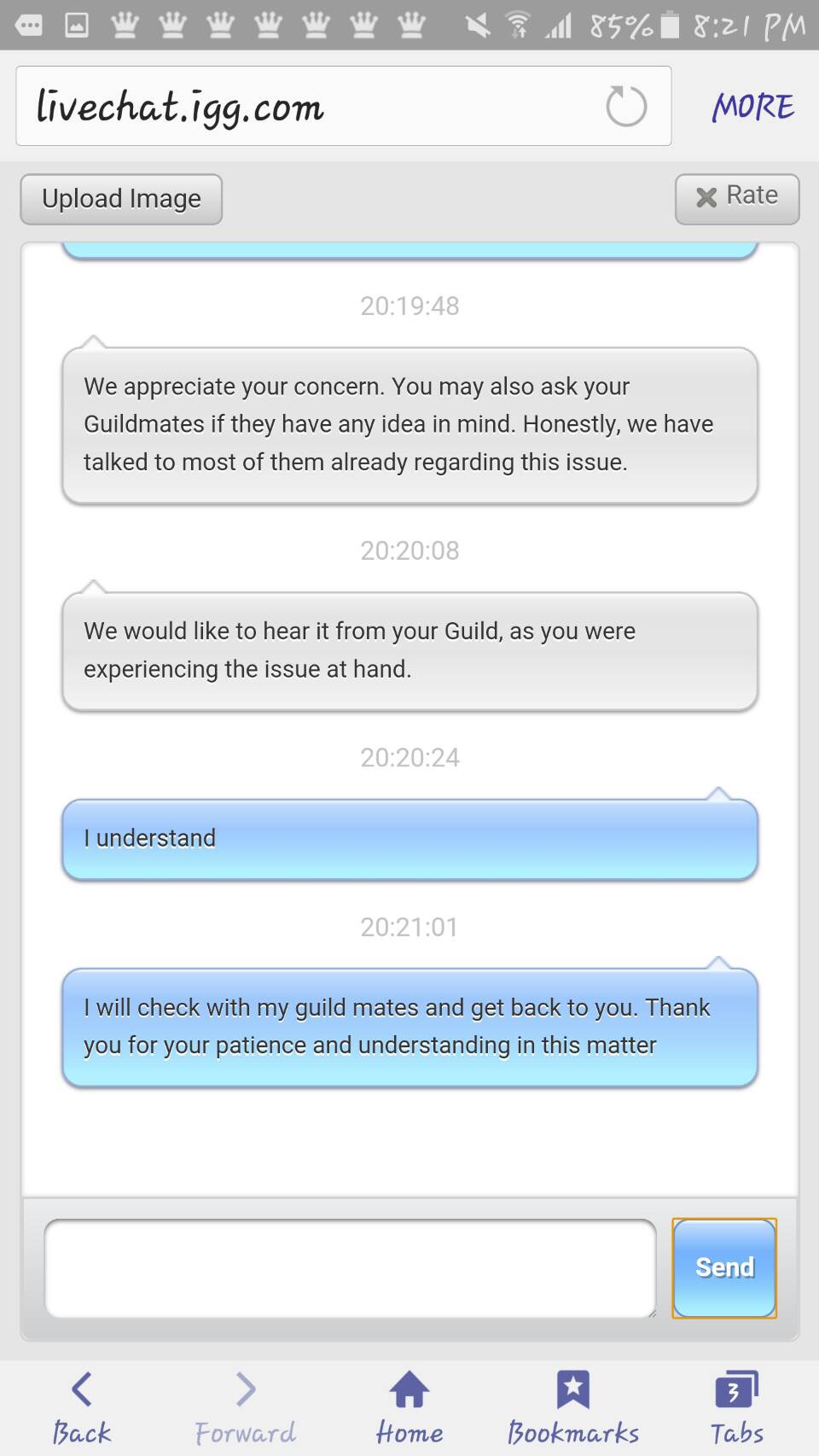 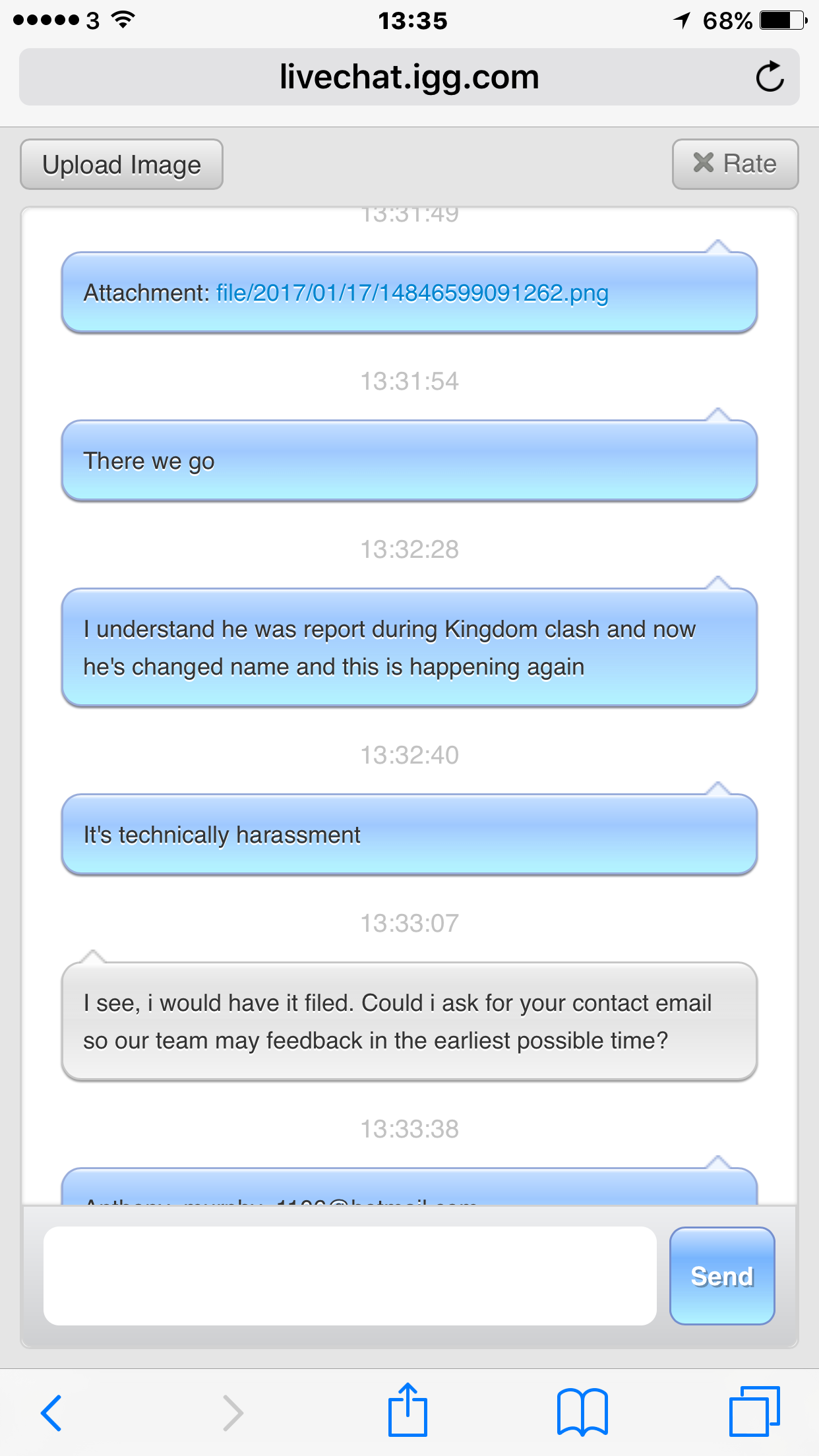 Give us a break!

Oh and here's the player in question 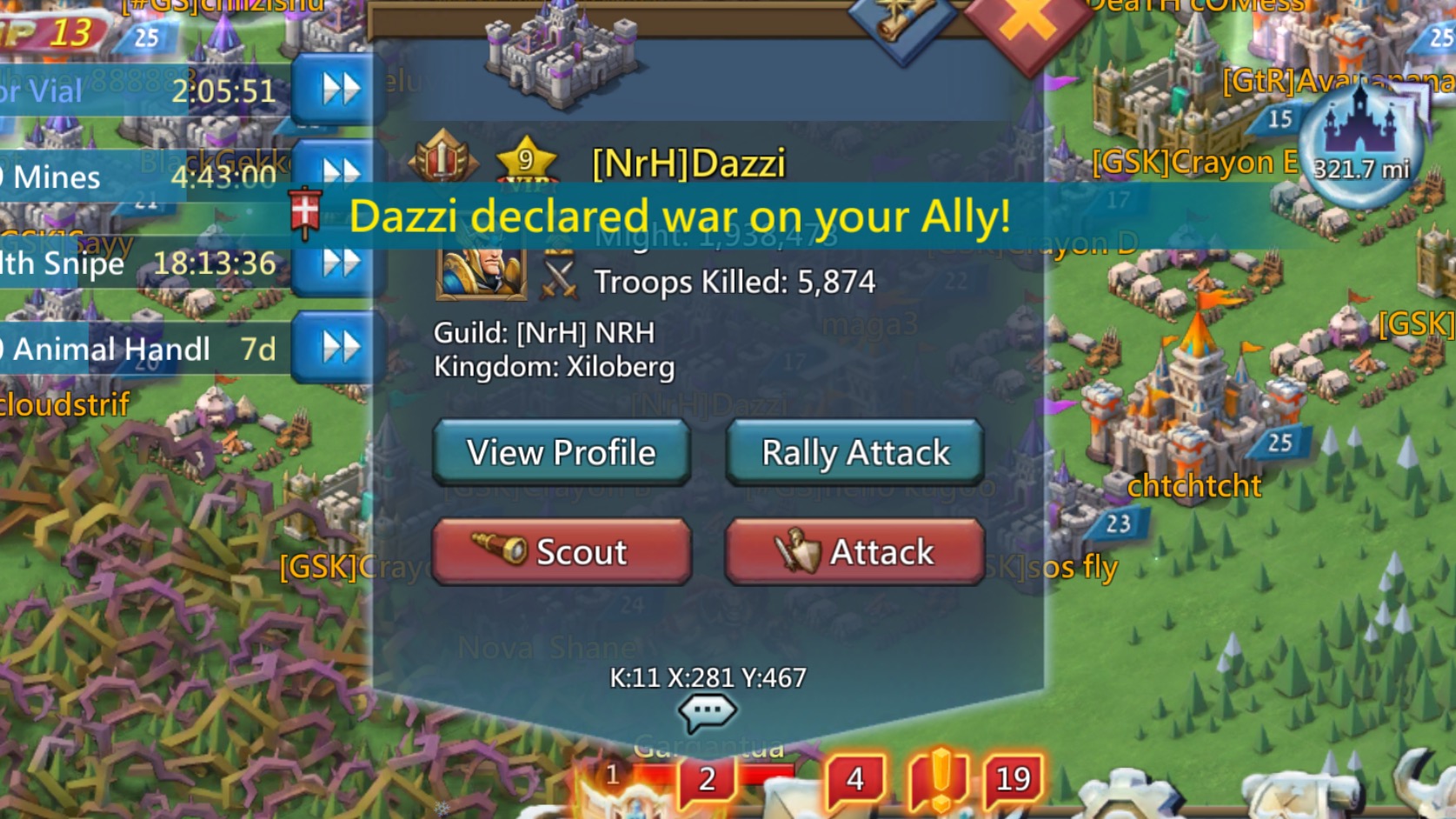 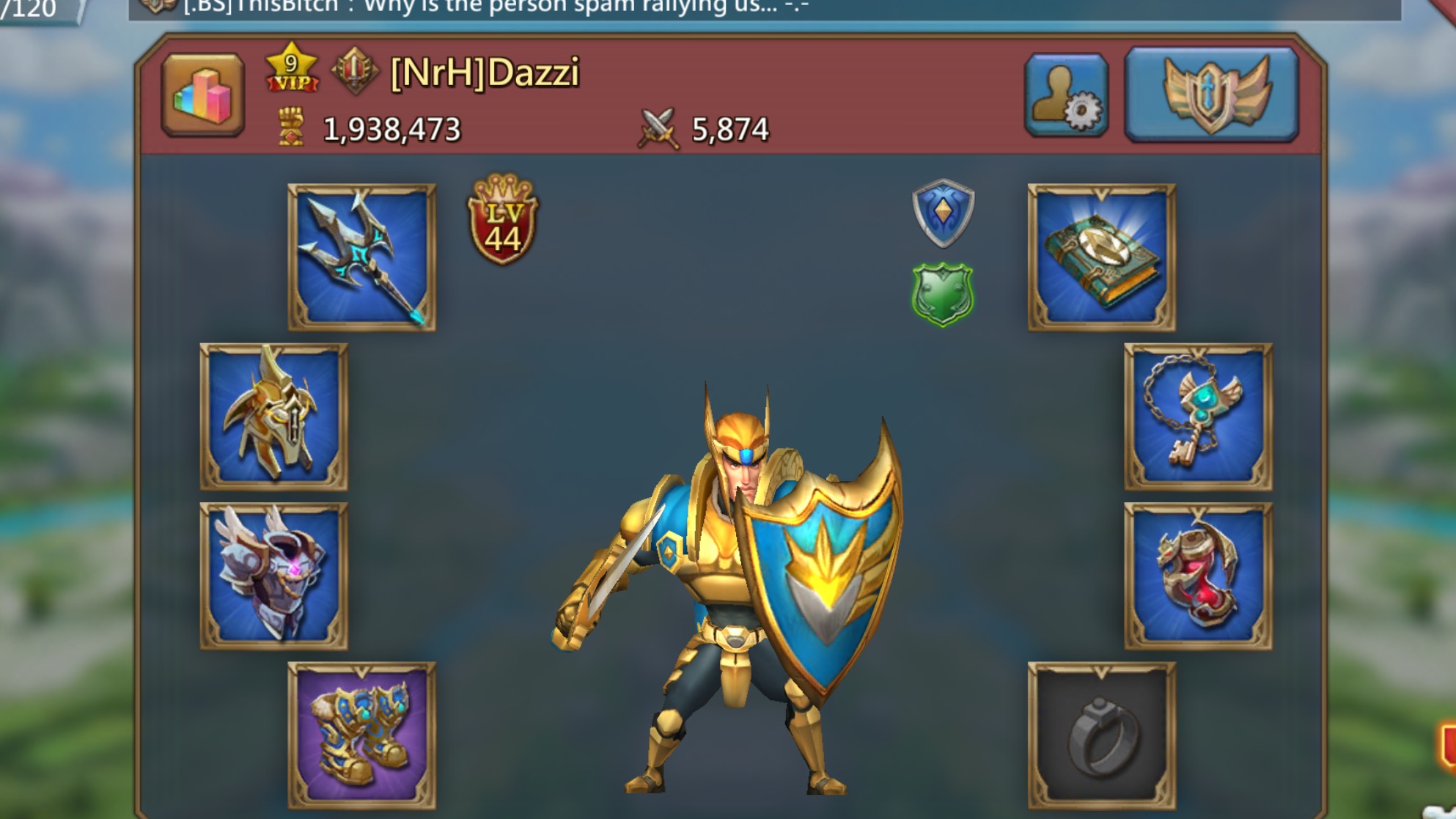 Cheers, lets try to get this thing seen!