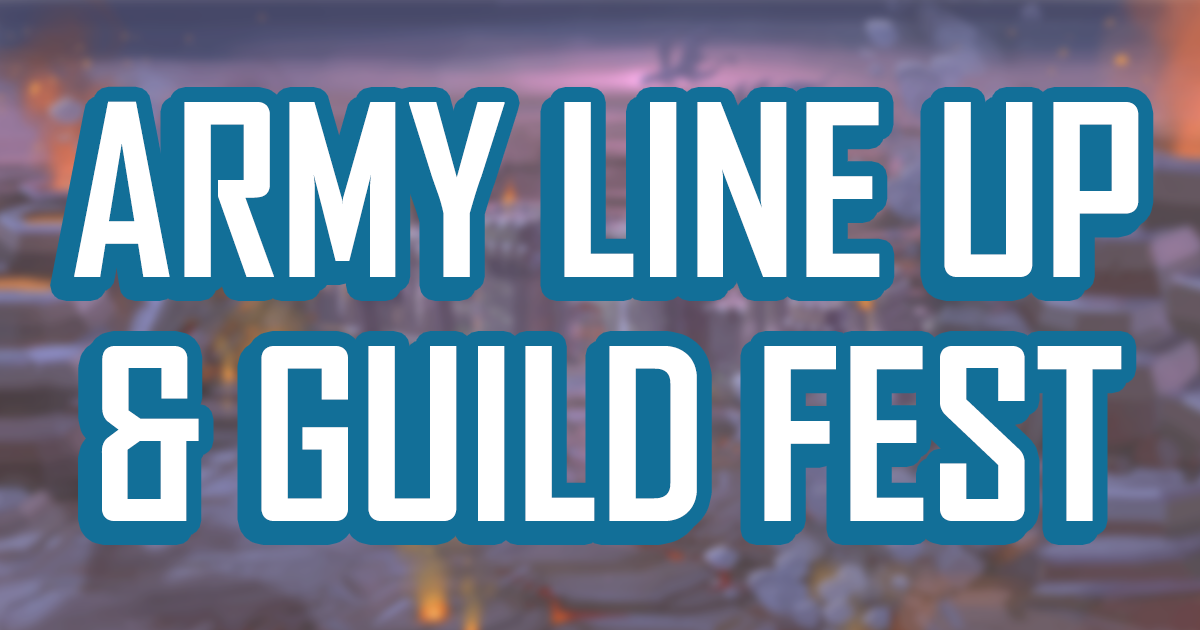 Hi Lords! We're excited to announce the upcoming update that brings amazing new features to the game. Army Lineup and Guild Fest! Check out some of the details and get ready for WAR!

An ‘Army Lineup’ button will be added to player profiles when a player builds a Lv 17 Castle. Players can tap it to enter the Army Lineup interface.

There will only be one lineup available to begin with. More lineups can be unlocked through research.

You can simulate battles with Army Lineups. Select a lineup, then tap the play button to begin the simulation.

Army Lineups will not appear in scouting reports.

Army Lineup combine with army types, you can create tens of strategies and effects. Whether you can overcome a powerful opponent with weak force, depends on your ultimate strategic capability.

Participants: Once the event begins, the members of the guild can participate

Players cannot see which quest their guildmates are doing, only how many players are currently questing.

Quests have a time limit: players must complete their quests within this limit

If a quest is taken or removed, new ones will appear after 30 minutes

Removing Quests: R4 and above members can remove any untaken quests. No points or attempts will be deducted.

Is there limit of quests that single player can made ?

Wrost update ever. Even the guild fest bad

The change of this patch is great.