[A Storm is Coming!]

Athena searches for a champion to lead her forces against the Goddess of Darkness! Enter the Battle Royal to prove your might and become her Emperor!

As many ready themselves to fight for Athena’s cause, Nox’ influence over the land has weakened. Scouts have reported that Battle Fury now lasts for a shorter amount of time.

Battle Royal:
Once the event opens, players can teleport to Battle Royal and begin their mission to claim the Wonder objective. The victor is the player with the highest total accumulated time spent owning the Wonder. The victor will claim the title of Emperor.

The Emperor can bestow a Kingdom Title onto a Kingdom through the Kingdom Selection menu that grants a boost to all players that have the Kingdom as their home Kingdom.

A Kingdom can only be bestowed one Kingdom title at any one time. Once bestowed, a Kingdom’s title cannot be changed during the Emperor’s tenure.

Emperor’s Bounty: Gifts awarded to individual players at the Emperor’s choosing. Comes in the form of chests.

Imperial Chronicles: A record of past Emperors and their accomplishments.

Tip: Search for "K71" on the world map to quickly locate the Royal Battleground!

iOS: http://apple.co/290fQV5
Android: http://bit.ly/1QMDyHI
Amazon: http://goo.gl/nnlvdA
If you can't download the update from Google Play, you can download it directly here: http://bit.ly/2g11Ddd 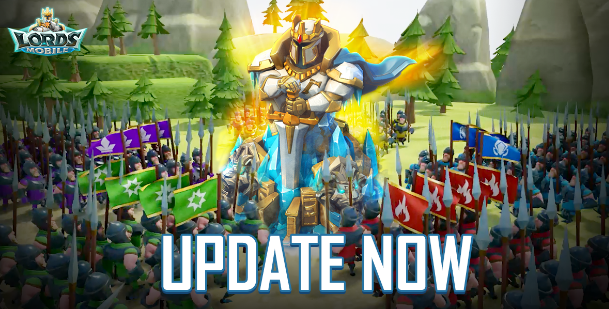 Hello .. i had some problem... i buy gems from game but dosnt give me any gem... what sould i do ....thanks for understanding me