[News] <Lords Mobile> is coming to the STEAM store! 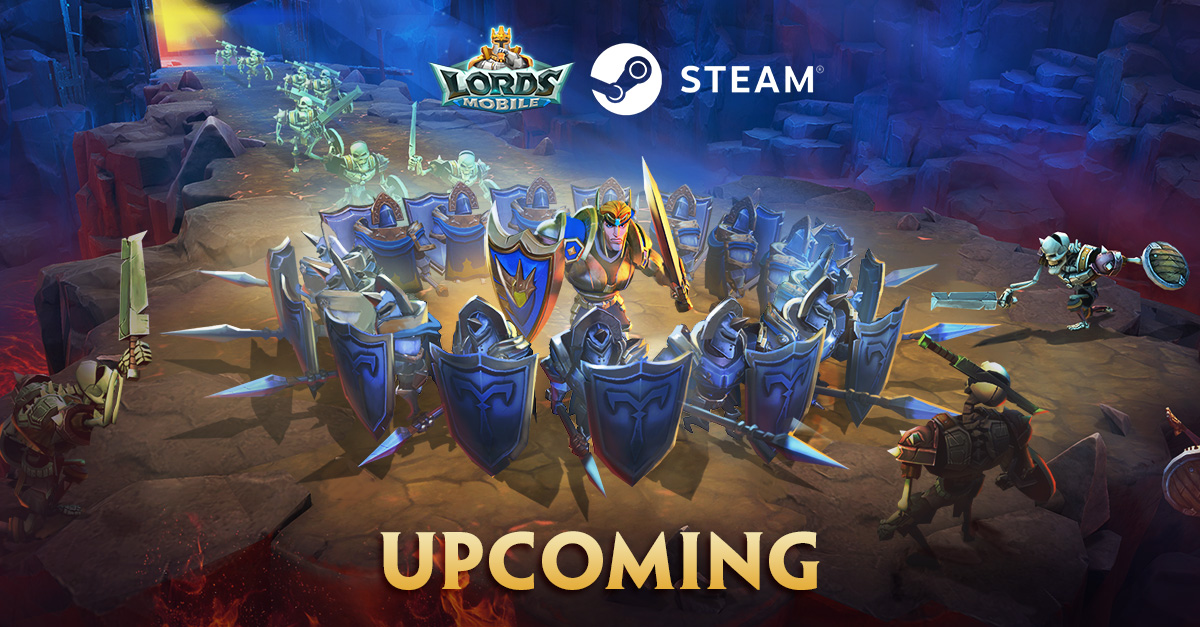 Lords Mobile is about to go live at the  STEAM Store. Hurry up and add it to your wish list if you want to play the game on PC! Line Up your army, fight against strong enemies and compete with the world's 250 million elite players!

Excellent, i have been waiting for long to this to come to pc, and i have a question can i use my old accn on my pc, right?

Signature
What you see is what you Get

Do you have any intention releasing the support for Steam on Linux? It works great on Windows, but would be awesome to reach those, like me, who use Linux. The

linux gaming community is getting bigger every day.

very nice thank you for posting link my son always said to me for this.

No one gives a shit about your sh!t game. Instead of going on Steam just close this cash grab but you can't because it's a cash grab, not a game.

I started it only because some app suggested it for points and because I have my own game projects with RTS+RPG which I like as a combination and wanted to see what it is to play this... until I realized how much of a crap this is. Good reminder for Mobile Games like this one, never again.


Devs kiss the a$$ of tards who probably cant win on any game with SKILL so they have to pay 10,000 $ to win. Maybe from US, usually they can give so much money for the dumbest crap. I read this game is made in Singapore, no wonder, people in these regions are stuck to their phones, no skill Mobile games are what they like the most.

Fine... if  someone wants to boost. But how many times will this game allow someone with 120 million, 150 million might and more to attack just anyone.

What is the point of this game ? Better don't start it at all. It probably doesnt even have RESET on era to start all over, since you paid so much money... once you are boosted, forever ahead.

You want us to pay that much money too? You are shoving these ADS with funny loony graphics buy this buy that - FUCK OFF

WHy should I pay for a WoW Ripoff. It is even mentioned that this game is copied from Clash of Clans, no wonder, the cartoony knight with open mouth icon is well known as for the WoW ripoff -

I read funny stories on the net (My and my wife met around it but we had to put an end to it, no shit you no brain fcks?) (I pay for my kids who play this game because I don't want them to be bullied - AHAHAHHAHAHHA can I punch your stupid father face but it doesn't matter cause its your kids, if you want to turn your retarded brain to your retarded kids)

And why it is a WoW ripoff?

- Sure the graphics are its own (unless they copy Clash of clans) but Ghouls, Tidal creatures, Skeletons, Death Knight,  Frostwing etc, so many ripoffs of creatures from Warcraft

Have you noob trashes ever played a game that requires skill in 1 on 1 like the Blizz RTS games? Look how this retarded game attracts more people because tards want to not have to use the brain they need to play without a brain. And pay a lot of money for it too.

I have also played battledawn - a game much simpler and I've boosted very little like up to 50$ and once in an era (era restarts per some amount of time) - and I have been top team and player conquering all.

And I stopped playing because this crap is unrewarding. Even so

By making a bunch of skill trees, upgrade trees, item trees, crafting items, RPG , RTS why not all into one, a crapload of trees to look at, waiting times I thought are up to 48 hours, I read it can take weeks ...

Hope the game loses interest and fades away, dies like how it deserves