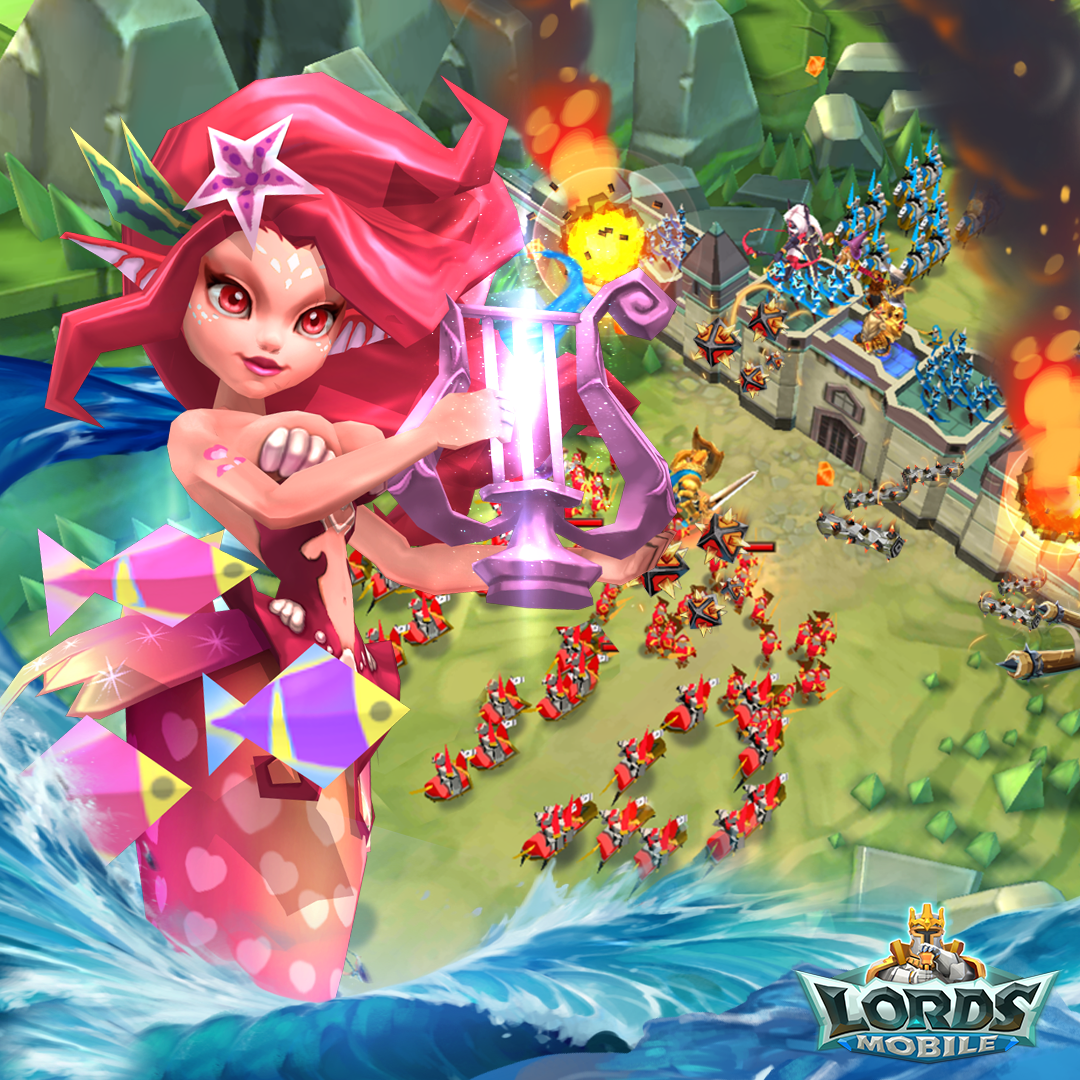 We'd like to introduce our newest Hero: Coral, Songstress of the Sea

Hoping Coral could join him on his adventures, Icarus offered her a potion that would turn her human. But she was hesitant to abandon her people and her home. One day, pirates captured and brought her to land. To stay alive, she drank Icarus' potion and thus lost her ability to live underwater. Since then, she dreams of the day when she can return home again.

These are some of the Songstress of the Sea's skills.

We hope you're excited to see this new Hero in action! Thanks for playing!

Greetings,
Do you know when she will be available in the mall again?

nobody really knows. packs are kinda random so keep an eye out

P.S. get Lore Weaver, she is awesome

Lord of mobile was the new game they make a new update that has a new hero known as songstress of the sea. Post that was about the students having a picture of the hero with a description of Effects Music Can Have On Student Success was at this that was a good step for children to release their stress.

You shared a useful post and thanks for sharing this to us. Kroger Greatpeople is the Official kroger Employee Portal where they can access their Official Information Related to Kroger Company. Here you can get feed.kroger.com employee schedule complete details to use.