Knowledge is Power - Is it good to have 2 barrack? 3 Reply

Is it good to have

I see a lot of player with more than 1 barrack and everytime I ask them why they never know exactly the reasn. They respond I see high might player doing it so it must be good.NO its not good for most player , here I will explain you why you build more than 1 barrack or stay at 1 barrack.


ALL DATA ARE FOR 426% TRAINING SPEED

Plz take note that building a manor instead of the barrack would change the data a bit. Data change would be bigger on T4 than T1 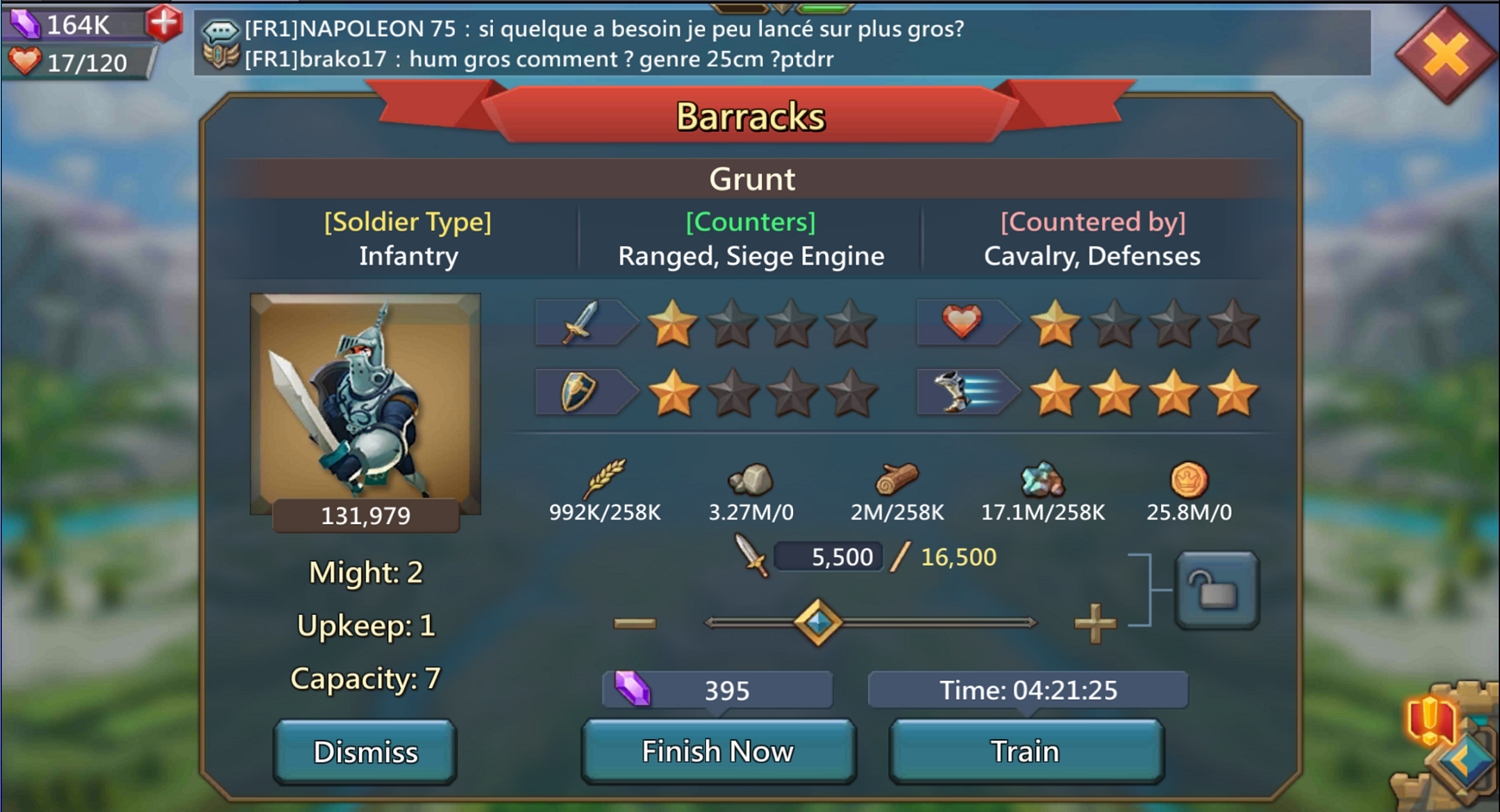 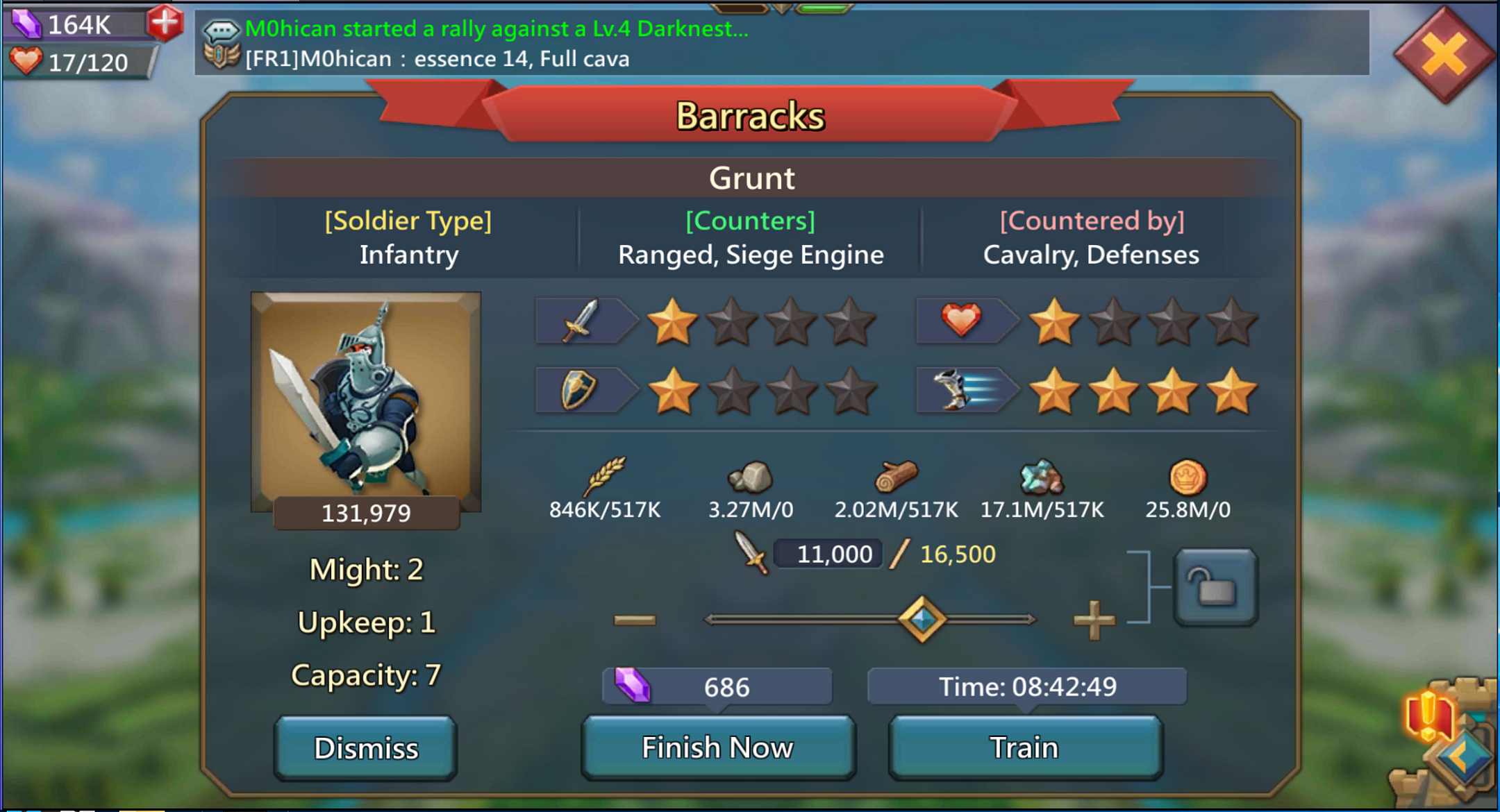 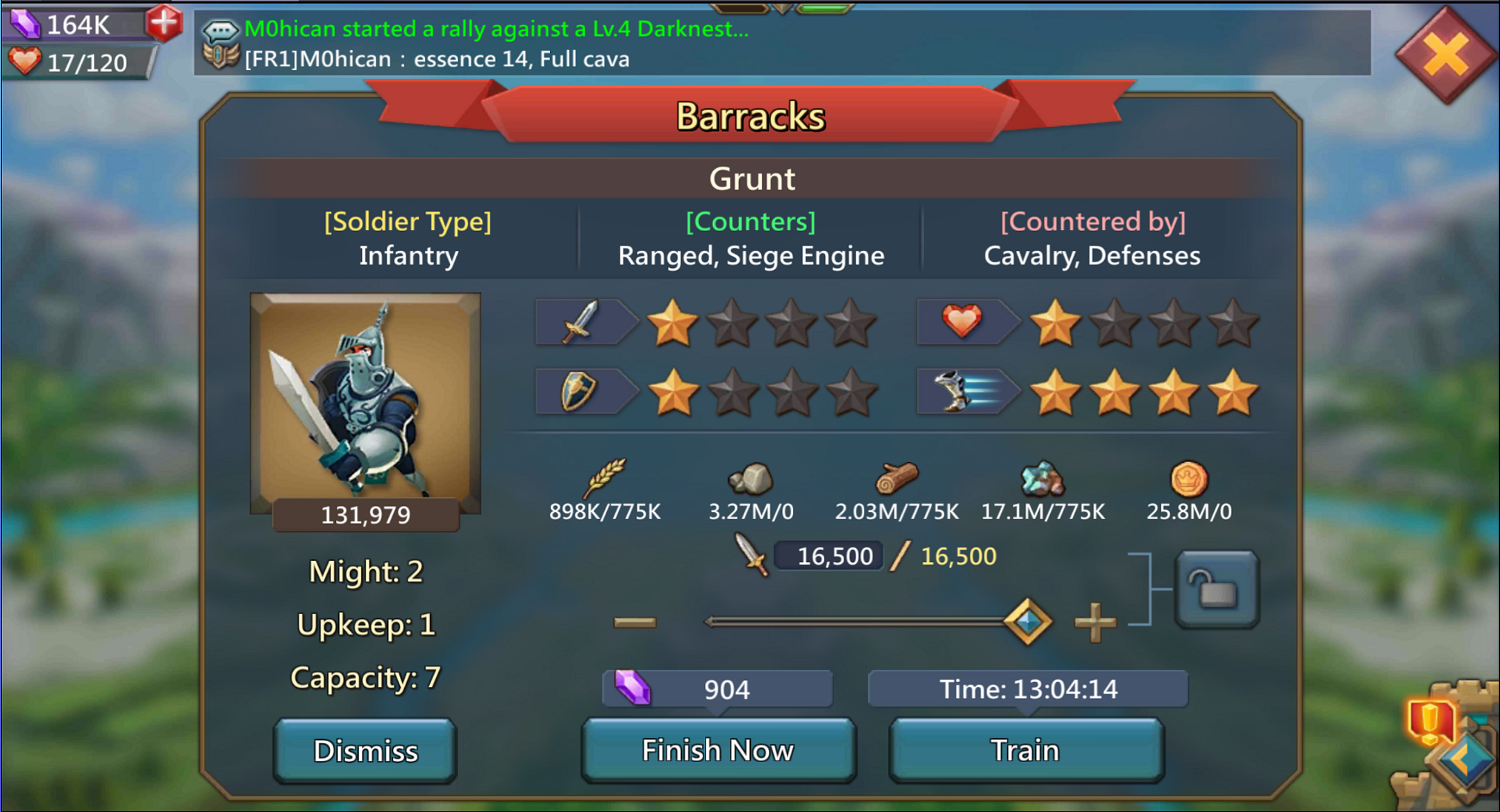 
These one are not official and data has been found on a website but I have tested with my troop and training speed of 2 account and its exactly the same.(You can also do the train time of 5500 x 4 to find it) The gem amount is the same as 5500 T3 and 11k T3. 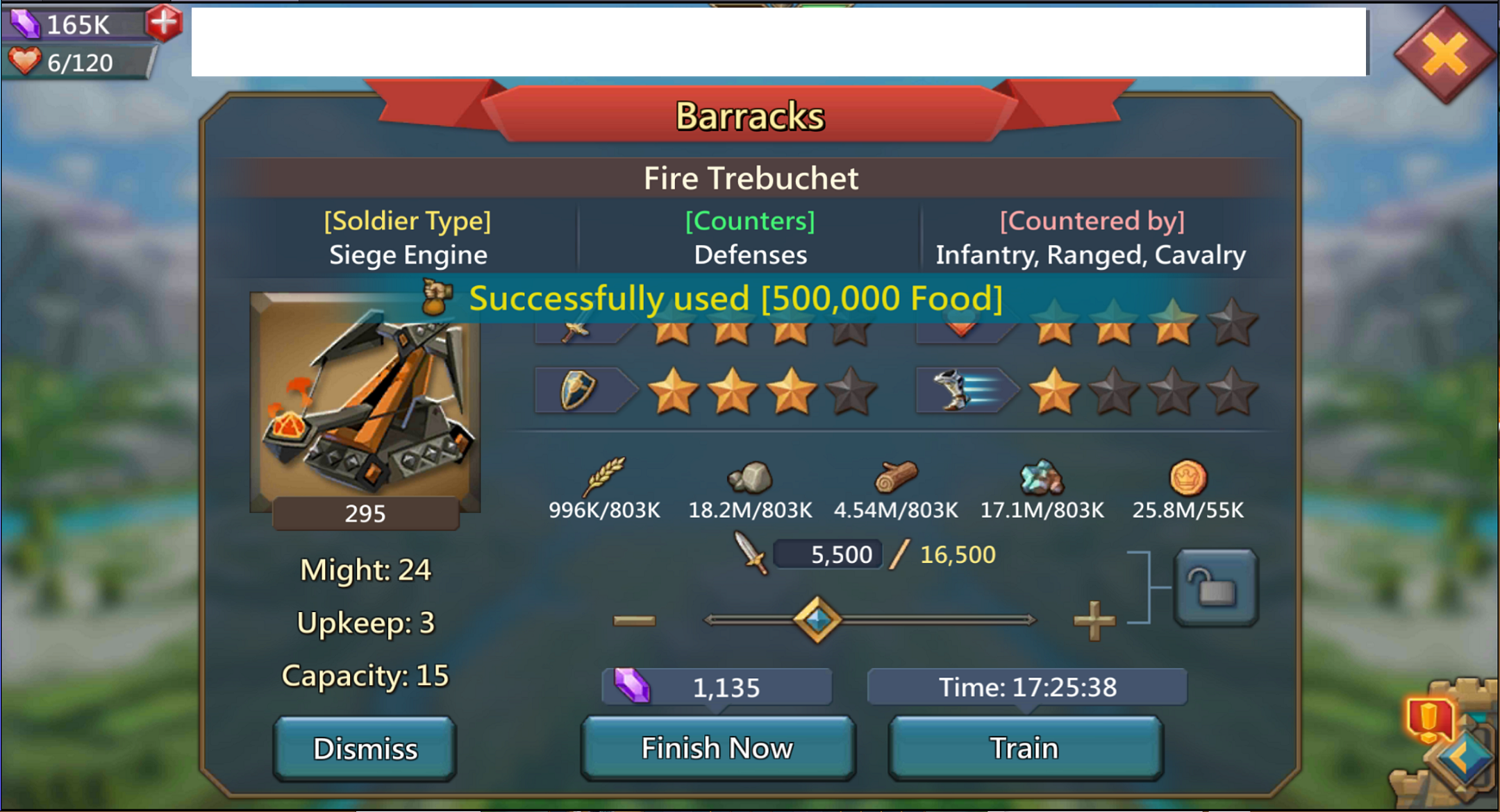 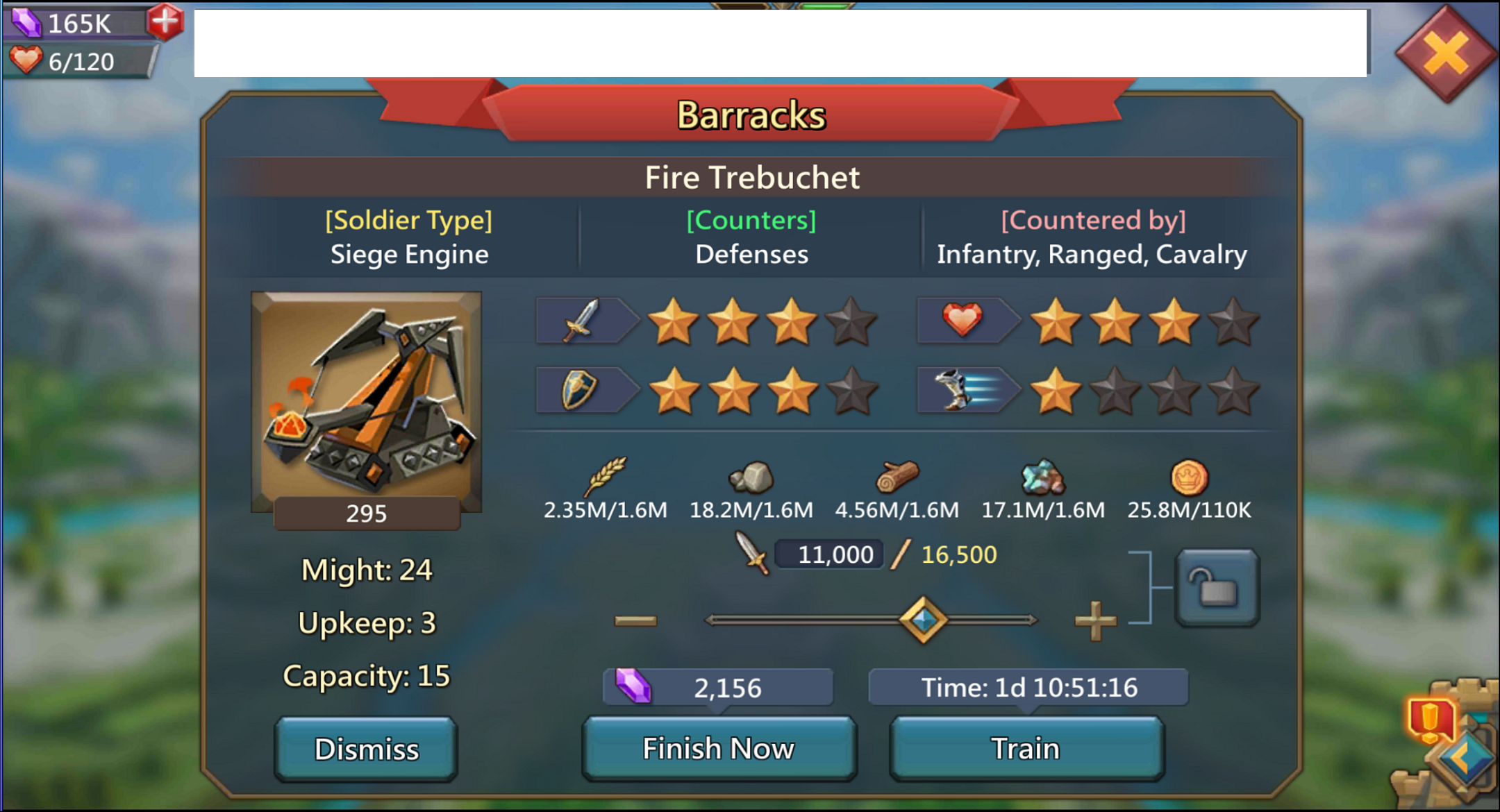 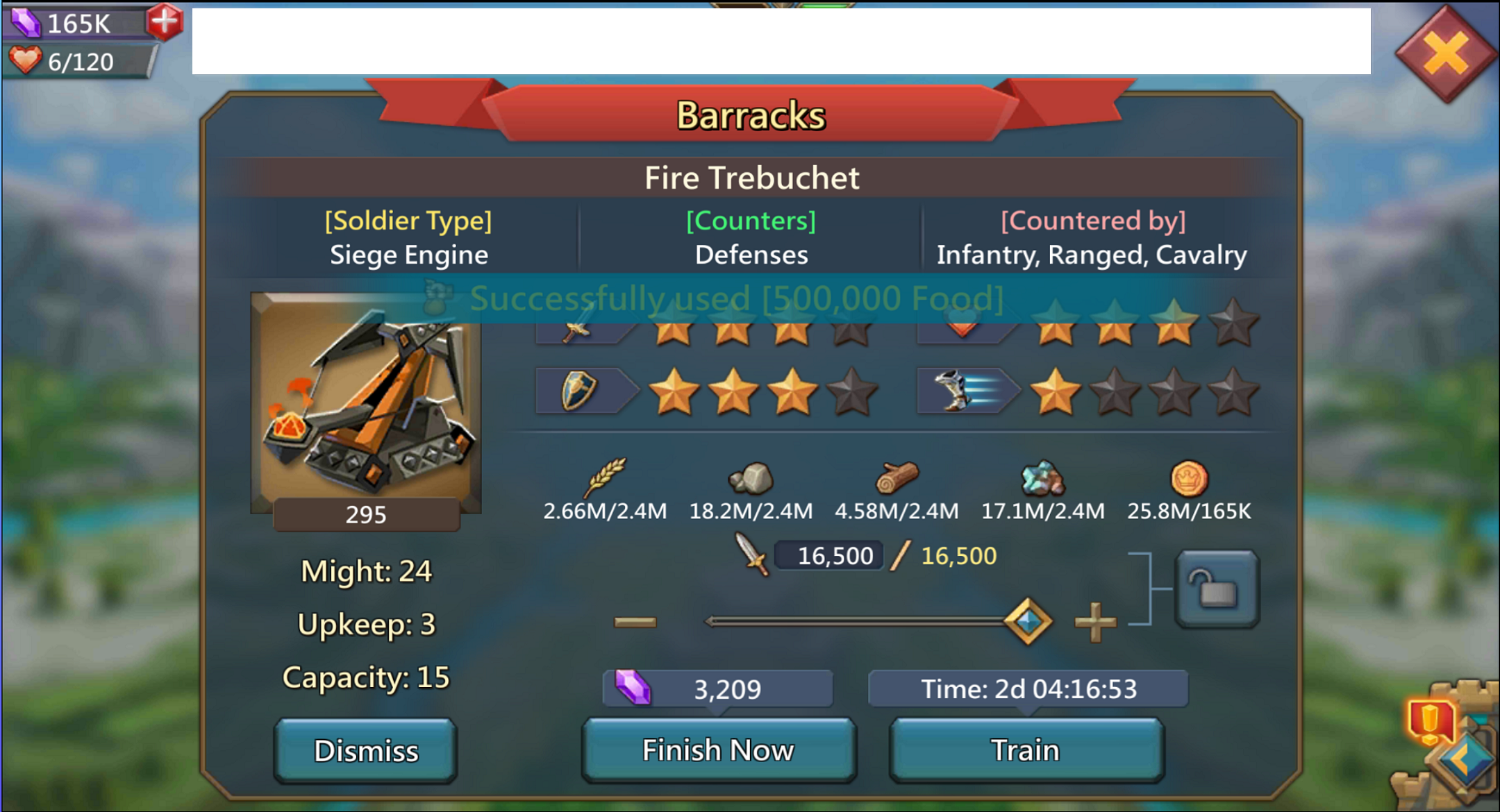 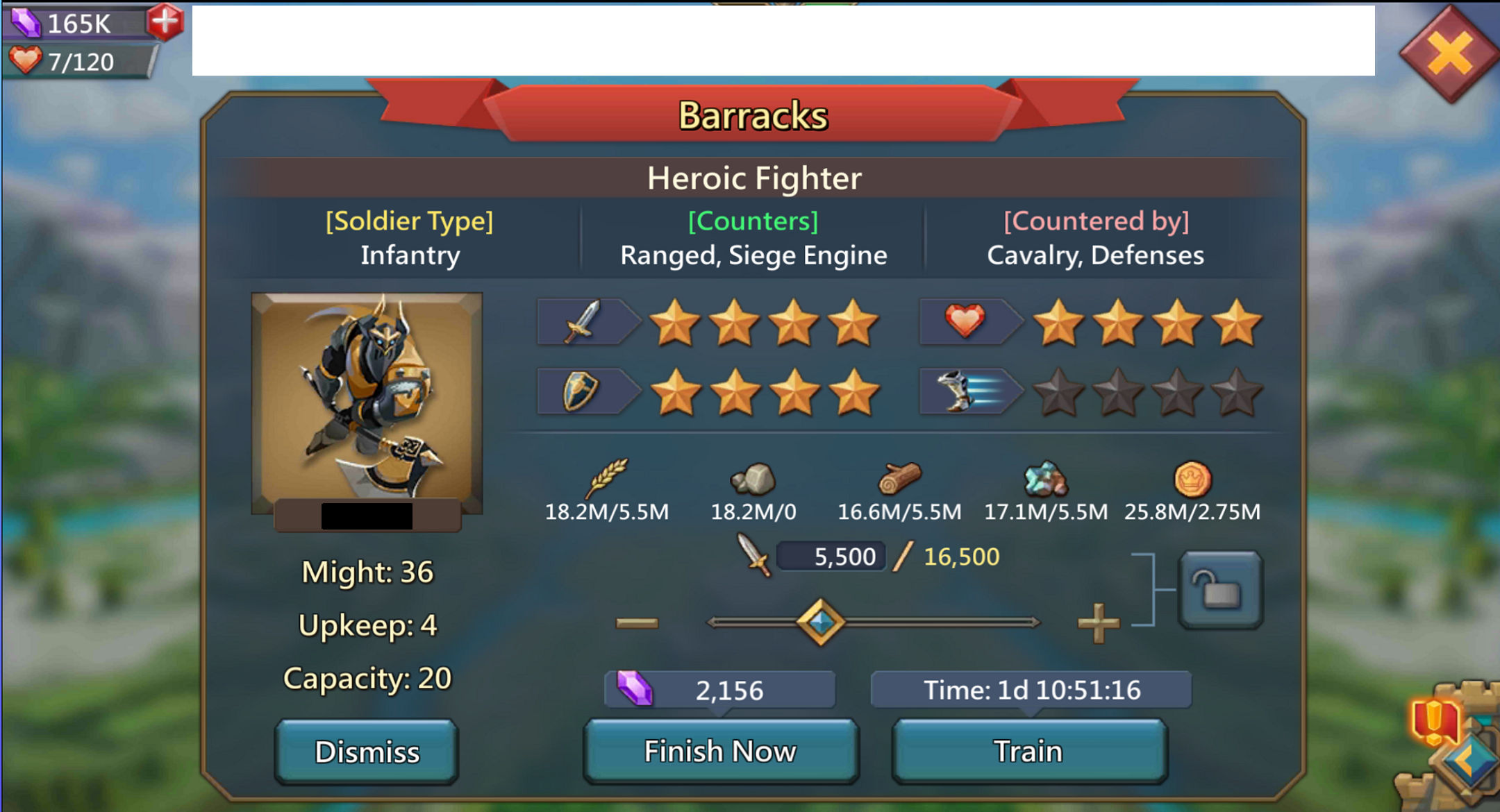 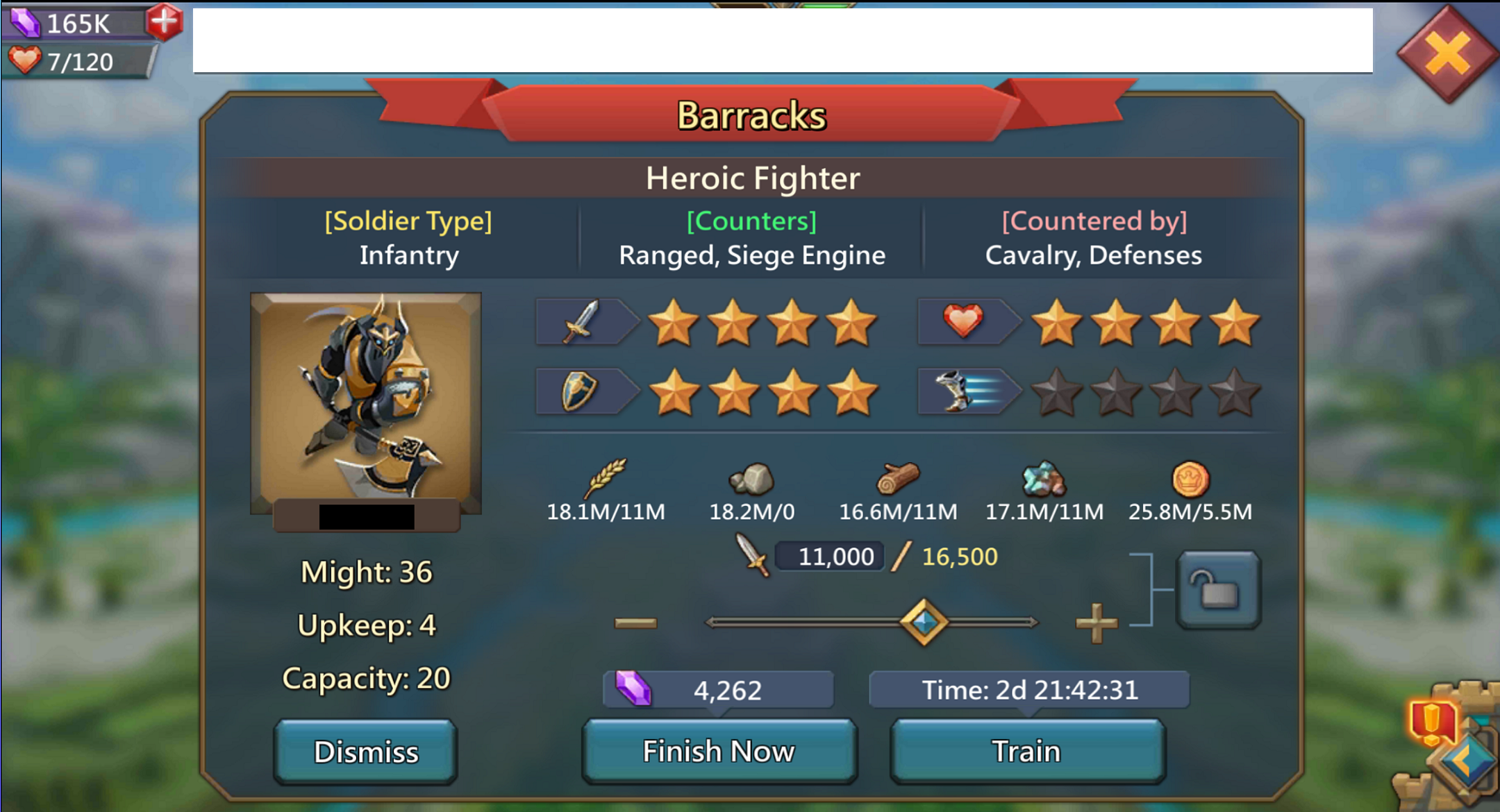 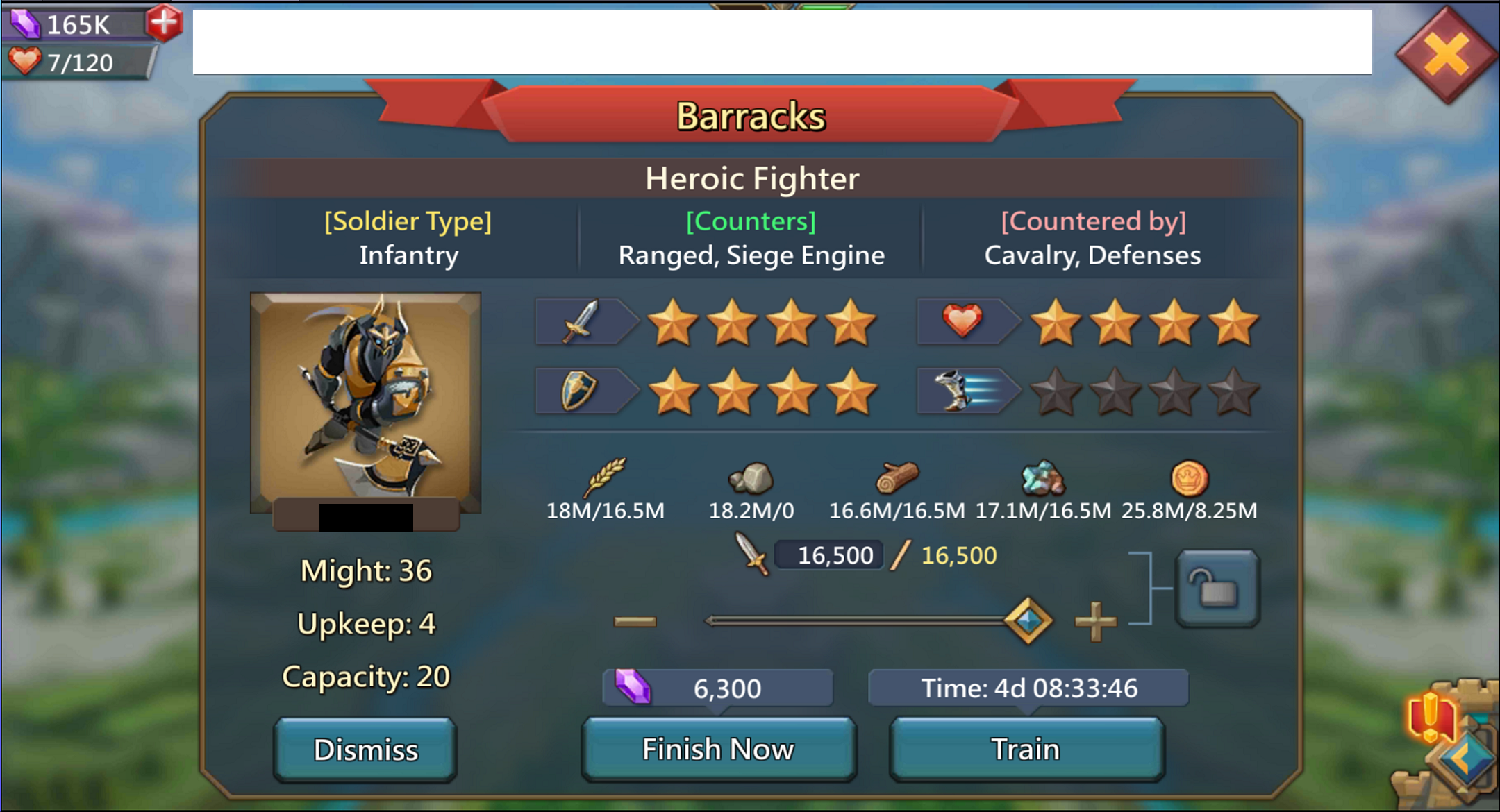 I found a way really easy to know what is the best amount of manor#barrack for you for a cxertain type of troop , its really simple.

First you need to know your actual training speed. mine is 410

Go to that website and enter your training speed you would have if you had 16manor 1 barrack , after you do it for 15 manor 2 barrack
You can stop after 5 barrack, more its just a lost of time.
then you need to take note of how many hour it take and the amount of troop,
After this you need to have the price in gem for that time. open some food pack and go in training troop and check how much gem it cost for the same amount of time.
for the final step divide troop amount by gem and it will tell you how much Troop you can train per gem and take the best one.

I think everyone should get the same ratio of manor barrack as me exept if you have very different stat so here my result.

So what that mean? It mean having more than one barrack is only usefull if you gem troop . So if you dont have T4 yet you should have only 1 barrack because you dont want to gem troop before having T4.

If you have T4 and you are gemming troop take note that having multiple barrack is most efficient to lower tier troop because of the gem time value (take a look at speed up cost its the same cost).So if you want to mass produce T1 you would need 3 or even 4 barrack to get the best price.


Here a website I found to chekc training time of any amount of troop whichcan help you decide if its worth or not to build another barrack .Unfortunately it doesnt give the number of gem needed but you can check In the gem shop the price of speed up to get an average price or you can look at a building or research in progress.
( I didnt make it) http://www.games-guide.info/lords-mobile/tools/troop-training-calculator

I hope I have helped you to know why 2 barrack can be totally useless.
Manage

Your guide doesn't cover the most important thing:

ADB-Agoni : Dont build these building according to the boost they gave , build them the way you need them. Attack is better than hp and def but I dont know the exact ratio 2017-04-26 00:49:46